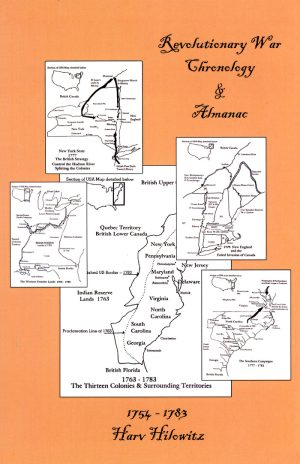 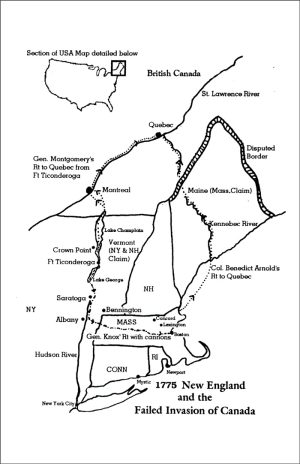 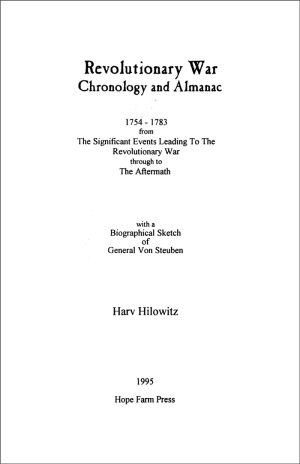 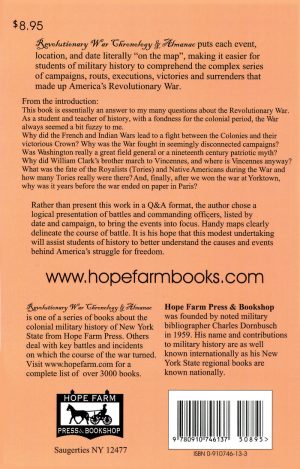 Revolutionary War Chronology & Almanac puts each event, location, and date literally “on the map”, making it easier for students of military history to comprehend the complex series of campaigns, routs, executions, victories and surrenders that made up America’s Revolutionary War.

This book is essentially an answer to my many questions about the Revolutionary War. As a student and teacher of history, with a fondness for the colonial period, the War always seemed a bit fuzzy to me. Why did the French and Indian Wars lead to a fight between the Colonies and their victorious Crown? Why was the War fought in seemingly disconnected campaigns? Was Washington really a great field general or a nineteenth century patriotic myth? Why did William Clark’s brother march to Vincennes, and where is Vincennes anyway? What was the fate of the Royalists (Tories) and Native Americans during the War and how many Tories really were there? And, finally, after we won the war at Yorktown, why was it years before the war ended on paper in Paris?

Rather than present this work in a Q&A format, the author chose a logical presentation of battles and commanding officers, listed by date and campaign, to bring the events into focus. Handy maps clearly delineate the course of battle. It is his hope that this modest undertaking will assist students of history to better understand the causes and events behind America’s struggle for freedom.